As more and more couples came to me for marriage coaching it became clear to me that many of the problems between couples are actually communication based issues, rather than compatibility mismatches, than I ever realised. I’m about to teach you a skill that may well revolutionise the way you view conflicts in your life. If you’d like to learn how to ‘win’ every argument you have from here on in please read on. 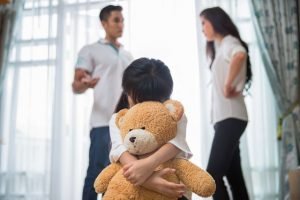 Often times our conflicts are rooted in a fairly unsubtle desire to get other people to change and become more like ourselves. The irony here is that it’s hard enough for you to change yourself let alone try to bend someone else to your will. It is my humble suggestion that we should all stop trying and take a lot more responsibility for handling our own emotional issues. The strange thing about this of course is that the moment you stop trying to bully your partner into changing they are generally more than happy to meet you halfway. Let me show you how you do it a little more elegantly.

Emotional literacy is a key skill in life, it’s essential if we are to get along with others and a core marriage coaching lesson. One of the things that my clients struggle most with is how to communicate hurt in a way that actually gets heard and understood.

How was that ever going to work?

I used to teach people the basic phrase: When you did X, I felt Y. I first learned this on my marriage counselling training years ago. My client Rob* recently had an issue with his partner Mary forgetting to take their car in for a service. He found himself  in a blazing row about it with her and had no idea why. Using the old phrase he said ‘Mary, when you failed to take the car into the garage I felt really angry’. I’ve been teaching people this stuff for years, it’s what I was taught to do!  I look at that phrase now and wonder how anyone ever thought it would work. I guess it’s light years on from ‘you really are so freakin’ irresponsible’ but I suspect it’s heard in much the same way. Mary heard Rob blaming her and being angry with her and, like most of the population would, reacted fairly badly.

Now, here is one really simple change you can make and most of your conflict problems will just dissapear. The new structure goes like this: When you did X, I imagined Y and as a result I felt Z. Using the example above Rob would now say; ‘Mary, when you didn’t take the car into the garage I imagined that you don’t understand or care about how concerned I am about the car breaking down and leaving one of us stranded. As a result I feel upset.’

How to push the soft button.

This new structure pushes what a colleague of mine calls ‘the soft button’. It directly requires you to open up about a fear or insecurity of yours that has been triggered. People generally respond with love and affection to an honest request for reassurance.

The other thing about the new structure is it removes the sense of blaming and gets you out of the criticise, counter-criticise or defend cycle so many conflicts get lost in. There is also less of a lean toward an implicit demand that the other person fixes your feeling for you. This is all very good news.

There is a ladder of emotion in all conflict that goes from anger to sadness and from sadness to fear. A lot of us use anger as a way of trying to disguise something we are embarrassed about, or feel too vulnerable about, to admit to. This is particularly true of men. For men there is a pull toward using grandiosity/anger as a way of asserting ourselves and never having to share our vulnerability.

Being able to disclose what it is that we imagine also forces us to push our own ‘soft button’, you’ll notice in the example that Rob moved himself from feeling angry to upset.

A few weeks later Rob was hoping to pick Mary up from the airport. He was really excited about her return and had great images in his head of a romantic reunion. However, on the phone the night before her return Mary announced that she’d booked a cab to take her home and she’d see him later in the day. Using his new skills he said; ‘ Mary, you booking a cab home has left me imagining that you are not as excited about our reunion as I am and I have to say I’m feeling a little unloved and hurt as a result.’ This is light years on from old Rob who would have just announced that he was pissed off that she was wasting money getting a cab home or put the phone down all tight lipped with hurt.

With the new approach Mary explained that actually she was concerned that after a 14 hour flight she wasn’t going to look, and potentially smell, her best. She was just as excited as he was about their reunion and as a result of their conversation decided to risk not looking her best having brushed her teeth and re-applied her make up in the airport toilets.

This lesson might appear simple, because it is. The effects are really profound though. You will be amazed about the amount of times you avoid what could have been a fight by clarifying what is really going on between the two of you. That said some of my marriage counselling clients have hit problems when their partner seems to just ignore what they are trying to say or uses their vulnerability against them with contempt. If that’s going on you need help right now. Contempt is a relationship killer!

Other times it’s hard to figure out what’s really going on and how to communicate it. Most of us grew up in families with no idea about how to handle conflict. If you’d like any further help with sorting out any of the above please just get in touch and I will be happy to help you.

Promote positive intent: As you go through your day you will be amazed at how often an assumption you make works against you. Your rage at a guy for driving too fast becomes much softer when you realise that he’s off to the hospital because his wife is in labour. Even if it’s fictitious, generating a good reason for someone’s behaviour will make for an easier life. This is especially true with strangers!

Practice every chance you get: Whilst your newly discovered X,Y,Z approach appears easy it’s going to require practice. Try it with everyone you have any kind of relationship with. Clarifying the truth will generally make your life a lot easier rather than basing your life on assumptions. As my granny used to say ‘to assume makes an ass out of u and me.’ In the corporate world it’s ‘assumptions are the mother of all f*ck ups.

Start to tune up your softness: When you catch yourself getting angry try to take a while to feel exactly what is going on for you. Anger is healthy when it’s felt and expressed correctly, a lot of our anger though is about trying to change someone and that’s entirely different. Anger is a signal that something is wrong. Let’s say you’re angry and you start pointing the finger at someone, well, if you look at your hand you’ll see that three of your fingers are actually pointing back into you. That’s what some would call a clue! If this happens a lot with your partner you’d be wise to get some help.