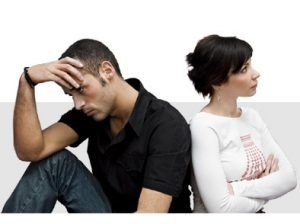 If you’re considering couples counselling in Sydney your relationship is clearly in distress. I know a heart surgeon and he’s got a story you need to hear but first take a look at this list of symptoms in order to diagnose whether or not the heart of your marriage is in critical condition. I encourage you to take the time to pause and really think about your answers to the questions.

More importantly, take the time to feel how your responses leave you feeling. This is serious stuff.

1. Do you see your marital problems as severe?
2. Does talking things over appear useless?
3. Have contempt, criticism, defensiveness and stonewalling become part of every disagreement?
4. Have you started living parallel lives?
5. Has a deep sense of loneliness begun to set in?
6. Can you no longer remember the good times you had?

John Gottman, one of the couples counselling greats, states that these are the six danger signs that signal a relationship is getting dangerously close to death. How many of the above true are for you?

Let me share a story with you that will hopefully clarify that time is not on your side here. One of my clients, I’m going to call him Derek, is a heart surgeon and he told me a story I found chilling in it’s similarities to my couples therapy. You see, as far as I’m concerned the work a couples therapist performs is very similar to open heart surgery. Getting relationship help may not be quite as life threatening for you individually but if you get yourself a sub standard couples therapist they can certainly kill your relationship stone dead.

Derek had been called into an emergency surgery and we’d had to reschedule a meeting. When I asked him how it went he said it was a really sad story. A young man had come into their ER and collapsed on the floor. Turns out he was an intravenous drug user and he’d been ignoring some serious symptoms of ill health for a couple of weeks. They scanned the guy and found out that he had a congenital heart defect but that wasn’t the full story. Due to his drug use he’d managed to inject bacteria into his blood stream, the defect in his heart valve acted as a magnet to the bacteria and it turned into an infection.

Having taken a look at Gottman’s 6 danger signs I’m hoping that you now understand that the very heart of your marriage is currently under attack.

At the time I was struck by how similar the story was to some of my experiences with couples. I’m trained in an incredibly effective couples therapy model by Terrence Real that works on an intensive basis. A couple comes to me for half a day and we get to work figuring out what’s going wrong, it’s a lot like surgery. We get everything out on the table together. Many couples come into my office with what could be seen as congenital defects when it comes to getting along and often they’ve already done significant damage to the their marriage.

Leaving it too late can be fatal.

Back to Derek’s patient, I’ll warn you, this is where it gets really sad. In theatre Derek opened him up and got to work trying to remove the infected tissue. Unfortunately the infection was very advanced and a lot of the patient’s heart had turned to mush. Derek said ‘my initial task is always to remove the infected tissue, only once I’ve done that can I access whether the heart is still viable’. In this case it wasn’t. Derek finished up in a horrible position where he’s staring into this guy’s chest and he knows there is no way he can get that heart started again. Knowing there is nothing he or anyone else can do is the saddest thing that Derek ever has to deal with.

I have had the same sad experience. Sometimes when I strip away all the bad stuff in a relationship there just isn’t enough left to hold the couple together any more. There are times when they’ve simply argued their relationship to pieces or just acted in ways that are unforgivable. There’s simply not enough good stuff left to reconnect them.

Those six symptoms I mentioned above are a very clear signal to me that a relationship is about to flatline. When you’re so sure that your relationship problems are severe and talking about it appears pointless you are on dangerous ground. It is only natural that you’d move to being nasty or removed from each other. If you’re feeling so miserable together the only logical progression is you begin to live parallel lives. The next step is that all the happy memories are obscured by your pain and then one of you hits the kill switch. It’s an easily diagnosed path to the death of your relationship. This does not have to happen to you, you do not drown by falling face down in a puddle, you drown by staying there.

If however you stay down then the infection gets hold of you both and the rot begins to set in. Statistically most couples will wait six years after they know they’ve got a problem before getting couples counselling with a majority of divorces happening after seven years.

You will need to take a stand.

What no one will ever tell you is this: In my experience couples don’t show up for couples therapy until the day the women finally says ‘either we get help or I am leaving’ in a way that is totally serious and fully believed. There is a 95% chance you are a woman in pain reading this. Sadly it’s going to be your job to get your relationship back on track. I’m sure we’d both rather it didn’t die on the table due to neglect or your inability to get your partner to take you seriously! Most men ignore symptoms, you already know this.

I know you started your relationship with great excitement. At some point your partner was the love of your life and you were looking forward to building a fabulous future together. I know that’s where it started because that’s how it always starts. I also know that relationships will always hit problems, it’s entirely normal. It’s as predictable as getting sick every once in awhile. You are not exempt.

I know you’ve already tried doing something different to shake up the dynamic, in fact I suspect you think you’ve tried everything and it appears nothing works. So what are you going to do? Let’s talk about the risks you face.

A huge amount of couples therapists aren’t qualified to help you. Let me just say that what passes for couples counselling in Sydney, and the rest of the world, sometimes horrifies me. The really scary thing is when you get a couples counsellor that assumes they know what they’re doing because they trained as a personal therapist. Be careful who you let into the heart of your marriage, there are massive implications to getting it wrong.

Look at their bios on their sites. The professionals know who the experts are when it comes to getting results. Here are the big four worldwide. Terry Real, Harville Hendrix, John Gottman and Sue Johnson. They are the people getting incredible results and training solid relationship therapists. These are the people the rich and famous will fly in from across the world to work with.

If you’re not seeing serious qualifications with one of those my advice would be to stay well away. How many chances do you think you’ve got of getting your partner in for relationship surgery with you? This is not a decision you can afford to get wrong.

What about your friends and family?

Unfortunately, when you start having marriage problems everyone is an expert! Everyone has an opinion and I’m sure you’ve been told that the key to a happy marriage is at least one of the following:

The thing is, all those things are just opinions, they are not facts. A lot of couples counselling is based on those same opinions and a therapist’s personal experience. It’s really important you understand that point. Until quite recently there was no actual research or science behind what really made a relationship work.

There is a solution.

John Gottman wrote ’10 Lessons to Transform your Marriage’ did thousands of hours of research in his ‘Love Labs’. For the first time ever we had scientific evidence of what was actually important. The bad news is that most of that popular wisdom is bullshit. The health of your relationship has got surprisingly little to do with ‘communication skills’ and everything to do with understanding the dynamic occurring between the two of you.

It’s a common observation that a lot of what passes for couples counselling isn’t all that good for the relationship. This is why I commuted backwards and forwards between the UK and the United States for a couple of years for my training. I wanted to master a model that has been proven to save relationships.

If you’d like to know why this style of couples counselling has a much better chance of saving your relationship you can watch an interview I did with Terry Real here.

I know you probably don’t know who Terrence Real is because he is not marketed over here, just take my word for it. In the U.S. he’s got genius status and I’ve sat in with him as he achieved miracles with marriages you would have assumed were terminal. In the video he outlines the 3 major points that make Relational Life Therapy therapists different from other forms of couples therapy.

1. It’s OK/ essential to take sides, not all relationship help needs to be 50/50. Sometimes it really is about one person being totally unreasonable. Take a look at the video, Terry gives a really good example.

2. It’s important to just tell the truth (respectfully and with compassion!). If the issue is that Jack just refuses to stop bullying Laura then we are trained to tell him it has to stop in a way that he can hear without starting a fight.

3. We actively train people to be better in relationships. It’s essential to then show Jack the difference between right and wrong rather than forcing him to take the next two years to figure it out for himself.

If you’re going to let someone tinker around with the heart of your relationship then make really sure you’ve got someone with the skills to understand what it takes to make it work. It’s very rare that you’ll manage to get your partner to see a 2nd therapist. A quick clue is that as soon as anyone mentions communication skills or conflict management as the cure for your disease you should be running for the hills. Take a look at this page and I’ll tell you why that’s such a huge issue.

If you already know you want to get in touch with me then please just contact me.