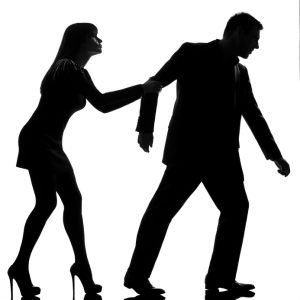 So here’s one of the joys of being on a mailing list with me. I get to say stuff I’m not quite so comfortable saying on TV or for the press. You’re going to need a bit of a history lesson, trust me, it will be worth it.

Terry Real, author of ‘The New Rules of Marriage’ talks about the shift from 20th Century marriage to the 21st Century. Here’s the short version. Over last 50 years women have changed and men, for the most part have not. The 20th Century marriage was a companionable marriage. The man was positioned as the breadwinner and protector, the woman was positioned as the caretaker. In the 60’s and 70’s women woke up to the possibility of a bigger, better life and entered the workforce.

This all started taking shape around the 2nd world war when women entered joined the ‘war effort’ filling in essential gaps created by the demands of war. The war ended but in some ways the game was up, no longer did women need, or want, to be dependent. Women were now empowered and fortunately for all of us weren’t about to be pushed back into a role that just didn’t suit them. So began a move toward the 21st Century marriage, a truly connected couple.

Unfortunately men have not been raised to be intimate, they’re still being raised as strong, competitive workers. In fact most of what we’ve been trained to be as men makes us pretty difficult to be around in a marriage or any other intimate relationship. We are not very relational given our upbringing. Don’t be too hard on us for this, keep in mind that mothers are still creating their ‘little soldiers.’

Here’s a painful truth. Pretty much every approach I receive for help with a relationship is from the woman involved, I’m not kidding, it’s about 95% and that is totally normal. There is a fantasy that you are both as motivated to get your marriage on track as each other. Here’s the reality, your guy isn’t so unhappy with the marriage, he’s generally just unhappy that you’re unhappy with him. His expectations for marriage are so much lower than yours. This is a minor generalisation but so long as he’s getting regular food and occasional sex he’s probably not leaving the marriage. Sure there’s the chance he’ll cheat on you if things are really bad and he has the opportunity but for the most part he’s content enough.

This is all rooted in patriarchy which isn’t something I want to get into with you right now. Let’s just agree that whilst a lot of things are valued in theory, like your feelings and a desire for intimacy, they are devalued in fact. A good example would be; a boy starts crying, pretty soon dad’s going to say ‘Stop being such a freakin’ girl or I’ll give you something to cry about!’ Heaven forbid a grown man starts to cry amongst other men, if he’s lucky they will for the most part hand him a beer or move to shut him down as fast as they can. This has HUGE implications for how men show up in intimate relationships and how they respond to your very reasonable requests for more honest connection. The very worst way a man can be perceived is ‘like a girl’ and the unfortunate perception, in his mind, of being weak.

If you’re the very rare concerned male reading this then; 1. Congratulations you’re way ahead of the competition. 2. It’s in your interests to think about how you’d like things to be different in your relationship.

You know the statistic about how couples will be aware of trouble and then take another 6 years to get help before blowing up at year 7. The above explains why that happens. There is no motivation for a man to come in for help right up to the point that you explain clearly with a sense of total commitment that if things don’t change you’re leaving. Either that or your emotional pitch gets so high that it’s unbearable to him. The only exception to this is if he gets caught doing something that you could legitimately leave the relationship for at which point he’s all ears.

The implications of this are simple. Things don’t change on their own so if you’re unhappy now you will be even more unhappy years from today. The only thing in the way of fixing this mess you’re living in right now is getting his full attention. If you want to save yourself the additional pain it might be time to get serious now. As Dr. Phil says ‘the best predictor of future behaviour is past behaviour!’ What are you going to do?