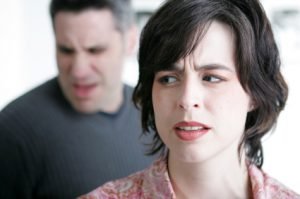 After decades of research into relationship problems, both personal and professional, I’ve come to the conclusion that if you’re serious about being in a relationship you’d better get comfortable with the fact that you’re going to fight with your loved one from time to time.

Given it’s a given, how much would you value a quick and easy technique for making these relationship problems a lot less painful and potentially fun?

Have you ever noticed how, in the middle of an argument, it’s possible to totally lose sight of the fact that the person you’re fighting with is someone you love dearly? It’s possible to begin to treat them as your enemy and begin to believe that this is a fight you desperately need to win. Well, that appears to be human nature. Relationship problems can end up feeling life threatening and be very alarming.

We all find conflict scarey and as a result can get very defensive. The problem being that many consider the best defense to be a strong offence. This can quickly lead to huge amounts of pain and distrust, especially early on in a relationship where we feel less than secure. Things can be said in a 10 second verbal vomit that you’ll be trying to get past for the next 10 years. Ideally we’d never lose sight of our love for each other during a conflict but that’s not the reality for many of us.

When I was younger I used to love going to the beach in the UK. One of the bigger treats was the fact that I could generally talk my dad into getting me a stick of rock. (For those of you in other countries wondering what the heck I’m talking about here please just Google it.) One of the things that fascinated me about rock was the fact that it had a word running all the way down it. In my case it was generally BLACKPOOL. So no matter where I broke this stick of rock the word BLACKPOOL would remain visible. What if a relationship could be like a stick of rock but the words running through it were LOVE or CONNECTION?

I was recently reading an article quoting John Gottman, author of ‘Ten Lessons To Transform Your Marriage’ and he stated that most relationship problems contain criticism and defensiveness. The difference is that a ‘master of relationships’ will spot when a discussion is not going well and will make what Gottman calls ‘a repair attempt.’

Just to clarify, we’re not talking about statements of undying love in the middle of your arguments. Phrases like ‘I’m really trying to understand what you’re saying’, ‘I can tell you’re really upset by this’ or ‘We have a lifetime to work out our relationship problems’ make all the difference. As opposed to ‘you’re wrong, wrong, wrong, wrongedy, wrong’ which generally doesn’t help at all with calming your loved one.

In the beginning it can feel a little clumsy as you begin to factor the repair attempts in. Sometimes it’s as simple as saying something like, ‘You know, we’re only having this row because we want to be closer, don’t you?!’ Or another simple one is to hold out your hand mid-argument so you get rid of some of the physical and emotional distance that generally begins to seep in.

Over time as a couple you can begin to build phrases that reflect your own culture and allow you to keep the situation light. In their infancy relationships can be very vulnerable and every argument can feel like it’s the beginning of the end. Anything that reminds you both that the relationship isn’t under threat is a very good thing.

Over the years I’ve come to understand that repair attempts are one of the most powerful tools for resolving relationship problems that a successful couple has. It’s actually quite a simple thing but takes real courage to begin to use.

Let’s say that you and your loved one are in the middle of what could be termed a ‘spirited discussion’ and starting to feel angry, sad or scared. You can either let this become a dark and twisted spiral down into real relationship damage. Or you can make a repair attempt that will halt that spiral or at least reassure you both that it’s just a temporary break in your stick of rock.

For those of you that wonder, this is where the phrase ‘you are my rock originates!’ (Maybe)

I say this time and time again. It’s unlikely that you two getting together was a mistake. If you’re seriously wondering ‘Should I Stay Or Should I Go’ then why not take a look at the fr** quiz.

It’s also very interesting to take a look at past relationships because you’ll see where you went wrong. It’s one of the better uses of 5 minutes surfing the net.

Do you want to be right or do you want to be happy?
Every once in awhile it’s worth asking yourself if you’ve just got stuck in a rut about what you’re arguing about. Any parent will tell you that it’s important to pick your battles. What’s the point of getting little Jimmy into blue pajamas if you can’t get him into bed?

1000 years of catching up
Men, rest safe in the knowledge that you will never win an argument. You lack the training in it. Women have about a thousand year start when it comes to passionate discussion. As a child you worked things out in other ways often using violence or the threat of violence as a negotiation tool. This is not acceptable as a grown up. Well, not unless you’re a politician.

Start using repair attempts
If you begin to use repair attempts together then you need to look out for them. Sometimes what they think is funny and should lift the mood may appear totally inappropriate to you. Be kind and try to accept the repair attempt in the mood it was offered ‘You’ve got rocks in your head!’ may not be the insult you perceive it to be.

Just don’t reject them
If a repair attempt is offered make every attempt to accept it, even if you are foaming at the mouth. Having a repair attempt rejected is very painful and can lead to more distance. Letting the repair attempt in will increase the sense of connection allowing you both get over your issue much quicker.