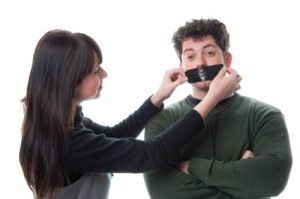 Let me teach you something you can use right now.

They rightly felt disappointed with this, their relationship was still stressful and they seemed caught up in an ongoing sense of fire fighting. If you’d like to know more about what makes some relationship counselling such a liability then please read on.

A few years ago I came across a marriage counsellor who I believe is a genius called Terry Real who wrote ‘The New Rules of Marriage’. I liked his approach so much I started travelling backwards and forwards to the U.S. in order to train in relationship counselling with him.

What is your forty year argument?

One of the biggest things I’ve learned from Terry is that most couples have what could be referred to as their 40 year argument. You’ve probably experienced this yourself, I know I have. It can start as an innocent comment, a minor complaint or a full on demand that one of your relationship problems has to change. Every couple has their own way of doing this little dance and you may well have an inkling of what yours is but just can’t stop doing it.

A classic example would be Bob forgets to pick up dinner on the way home. Helen then remembers the 3 other times he forgot to pick up dinner and it really bothers her. So Helen tries to have a conversation with him but somehow her tone of voice seems to annoy him and she can see he’s not really paying attention. Bob may even be saying he’s sorry but he’s said it before and nothing ever changes!

In response Helen gets a little louder in her demand to be heard and he backs off a little further. On a bad day Helen starts breaking dishes and Bob bolts from the room seeking sanctuary in the bathroom as it’s the only room he knows she’s not going to come after him in. Trust me, this is not unusual. Have you ever done anything like what I’m talking about here? Can you see your version of what you and your partner do?

The more – The more

And this is the point I want to make, a huge percentage of relationship counselling gets bogged down in the content. In this case Bob forgetting dinner and Helen throwing dishes. This can be problematic as it quickly begins to feel like you’re sitting together telling tales on each other to this third party you don’t even know.

Worse, there are times when a marriage guidance therapist would encourage Helen to be brutally honest with Bob and just let rip about how angry she is with him. All this happens in the name of communication and conflict resolution. The problem is that Bob isn’t a trained therapist and the chances that he’s able to stay happy and calm while Helen unloads on him are slim to none. I know I don’t relish my wife tearing into me anytime, let alone in front of some stranger.

In fact there is a very good chance that you’ll be left in a position of being even less willing to communicate as a result of that kind of relationship counselling. I once heard a story about a guy who refused to talk to his wife for 3 days following their first ‘marriage counselling’ session for their relationship problems. In my experience it’s really not all that helpful to have a professional observe the two of you at your worst without offering some constructive guidance about how to handle where you both get stuck.

Much smarter is to go after the underlying struggle and figure out a way of stopping it that works for both of you. It’s actually pretty easy to do once you get both people clear on a couple of strategies for getting out of trouble fast. It’s got next to nothing to do with improving your communication skills and everything to do with being able to understand your particular dynamic. If you’re lucky enough to find someone trained in that systems based model then it’s not actually all that difficult.

It’s my belief that most people don’t need couples therapy they just need coaching on some great tools to use when things get rough. As a starting point it’s my opinion that anyone trained by Terry Real or John Gottman in relationship counselling would be able to make some quick and easy suggestions about how to turn your relationship around.

So here’s your homework.

What do you think your ‘the more, the more!’ is? Once you figure it out then I suggest you just do the opposite. If you know you generally get angry then try telling your partner about the sadness that’s driving your anger. If you normally walk away then commit to staying in the room.

Hopefully you’ll get the general idea. If you know what drives your partner through the roof then just stop doing it. You’d be amazed how powerful this technique is, your partner has a very specific understanding of the dance the two of you do. The moment you stop doing your side of it something has to change because you’ve stopped being the person they need to wrestle with. It really is that simple and yet I know it’s a long way from easy.  One of the biggest gifts my clients get from their first session with me is a thorough understanding of their ‘more the more’ and an ability to laugh about it.

If you’d like me help then please just get in touch, I’d be happy to help you.