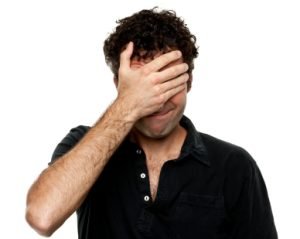 The article below contains a few sweeping generalizations within it that hold true in most cases. I wouldn’t for a moment claim that all men or women act out a particular gender role. I would however say that in my couples counselling I’ve found some assumptions can be very useful.

This article has already changed lives, my editor’s understanding of men improved and she quickly eliminated one of the biggest mistakes she was making around the men in her life. And she wasn’t even looking for marriage counselling.

One of the roles I seem to find myself in, in my relationship counselling, is translator.  I often end up in conversations with my female coaching clients about what does it mean when her partner; disappears into the garage for the evening?….watches three movies back to back?….drinks all night with his friends?…sits outside in the car for 20 minutes before coming in to the house?

Men are different from women; I’ve resisted this truth for many years but it’s true. As a result of working with so many couples and in marriage counselling training it’s become undeniable. We do things differently, particularly around the area of feelings.

Men are trained to be ashamed of their feelings from a very early age. We learn quickly that tears are not something we shed if we have any other option. We know that big boys don’t cry, and that message started very early for us.  We are often shamed publicly for crying and shame is something we resist feeling at any cost.

Have you ever noticed that there isn’t a clearly defined male character in society?  In so many ways, we invest most of our energy in NOT acting like a woman.  Men have no idea how to get along with each other and our male intimacy often comes about by punching each other in the arm and other types of play fighting. Unless we’re drunk of course in which case some of us become ridiculously affectionate, which is so sad given how unattractive we are in that state.

One theory suggests men are not allowed to have feelings because if they did they might become sensitive to the fact that killing other men is unacceptable.  We’ve been trained from a very early age that if a war happens, we must be willing to get out there and defend our women and children.  That’s a heavy load to bear and it does interfere with our ability to be open, honest and vulnerable with you or anyone else.

What is it with men and movies?

We even process feelings differently, as overt feelings make us vulnerable.  Sometimes men get so numb they don’t even know they are having a feeling. If you’ve ever read any books about the actuality of war, you’ll realize this is an essential skill for men to master.  Many of us process feelings outside ourselves because it is safer that way. Watching a movie, where the emotion is at a distance, is one way of processing feelings externally (maybe you’ve spotted your guy tearing up at a particularly touching scene). Another is to tinker around in the garage…because it’s also safe.

One of the key points I teach in my couples counselling is that men only disappear into our cave when we feel unsafe. The problem is that generally when a man lets his defenses down, the first thing he feels is anger or frustration because these are the safest emotions for him.

At this point, the woman stops listening or fights back and once again man learns feelings are not a good idea. If you’re getting decent relationship counselling you’d be taught how to talk about painful things without making it personal.

If however you’re not getting help, and let’s face it most people don’t, you may need to decide to not take his anger personally. That does not mean he’s allowed to be abusive, just start trying to hear what’s going on behind his frustration. Men have a major block on using words like; hurt, upset, scared, sad or even vulnerable. I know this can be very confusing and I beg your forgiveness on behalf of all men everywhere.

If a woman really wants a man that can feel and communicate his feelings, she needs to be his guide. Women have the luxury of being allowed intimate female friends and the upper edge when it comes to empathy and compassion.  When women re-entered the workforce, some men were only too happy to mentor them into management positions.  I’d encourage you to mentor your man through the process of emotions.  The easiest way to do this is through a process that Taylor and McGee refer to as Deep Listening in their book “The New Couple”.  It’s very easy and I teach it to most of my marriage counselling clients.

Set aside 20 minutes and agree that you are each going to take ten minutes to talk about your lives.  When it’s your turn to talk, you can discuss anything and everything on your mind.  When it’s your turn to listen, you must actively listen.  This means no interruptions.  Ideally, you just look at the speaker with ‘soft eyes’.  It is important that both parties take ten minutes because you are building a safe space. There is no set agenda and it’s not a place to air grievances between the two of you.  It’s a space to open up to each other.

You will discover new things about your partner during deep listening sessions. Don’t expect anything too dramatic.  Just remember after 20 years of therapy and self growth, I am still not much for crying and it’s my sincere belief that our kidneys just process liquid differently.

Most couples counselling is bad for your marriage. A lot of therapists assume it’s the same as personal counselling and it’s not. Relational empowerment will fix your marriage, personal empowerment will not. ‘I was weak now I’m strong so screw you I’m leaving’ is very different from ‘I was weak, now I’m strong and I’m prepared to stand toe to toe with you whilst we work this out!’

Men are great and can communicate brilliantly if you know how to listen. Watch them build things with groups of other guys, fixing roads and the like. It’s clear we can communicate. We just need to learn how to talk in a way you can hear.

Avoid traditional marriage counselling that gets overly caught up on teaching you how to communicate better. It doesn’t work. What you really need is someone smart enough to spot the dynamic going on between the two of you and tell you how to stop it.

Whilst we’re chatting. The idea that men are out of touch with their feelings is a total nonsense. We are fully in touch with a mass of feelings, sometimes totally overwhelmed, we’re just not always sure how to deal with them or show them to each other.