One of the things I see time and time again is that a lot of couples looking for marriage therapy seem to have the same fight, or at least end up in the same place pretty much every time they argue. It used to be that I’d get into a long explanation about projection and transference but I recently came across an explanation of this phenomenon that’s a lot more user friendly.

If you’d like a 7 minute lesson in marriage therapy, that will make a massive difference, then read on. 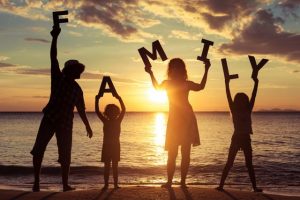 When you find yourself saying things or doing things you wish had never come out of your mouth – you’ve been triggered. Every marriage therapy client I ever work with identifies with that – you behave in ways that are downright destructive and you just can’t help yourself. It’s as if you’ve got caught up in your own private horror movie and you’re being haunted by your own ghosts. How often have you caught yourself reacting in this way with your partner?

In his marriage therapy book ‘The New Rules of Marriage’ Terrence Real talks about a Core Negative Identity (CNI) that we ascribe to our partner. By the time couples come to me, they are generally very clear on their CNI of their partner, even though they may not call it that.

I had a marriage therapy client called Valerie who told me that John, her husband, was a controlling and aggressive bully who couldn’t be trusted to keep an agreement. John was adamant that this wasn’t true, and as far as he was concerned his wife was a hyper-critical perfectionist who was never satisfied and took a sadistic delight in making his life a misery. Of course Valerie denied this, and insisted that was just one of the excuses he used for being such a bully. At which point John told her off for calling him a bully in public!

You are very likely to marry what could be referred to as ‘your unfinished business’, no matter how hard you try not to.  It might not always feel like it but this is actually very good news, as you get to become a more rounded individual instead of just getting stuck in your past.

If you’re the daughter of an alcoholic father then, chances are, you’re going to marry some version of that guy or even become him. If you’re the son of a bitter and resentful mother then there’s a strong chance that that’s the kind of dynamic you’ll end up with in your long term relationship. I know that’s a bit of a generalisation, but it’s a very good working model.

Terrence Real suggests that you will tend to recreate the dynamic that you grew up around so that you can seek to heal it. This forms the foundation for the dance that you and your partner will repeat together until you, or you marriage therapist, figure out some way of interrupting it that works.

One of the most powerful things I ever do with my clients is have them work out their CNI of their partner. It’s very simple to do and I’d encourage you to do it in the very near future. Think about who your partner becomes when they are, in your eyes, at their absolute worst. If you could put those attributes into a paragraph what would it say? You need to be totally honest about this. It’s not disrespectful of your partner (so long as you don’t start taunting them with it!) or the relationship, it’s work you need to do. Seriously, this was a key breakthrough in my understanding of how marriage therapy can help.

Once you’ve done that it’s worth thinking about which one of your parents or significant caretaker was most like the person you’ve just described. If you’re lucky it will be very obvious to you, if not then don’t worry, it’s not essential to know. You then need to take a really good look at the paragraph you’ve written. Realise that it’s not the whole story with regard to your partner, even though sometimes it really feels like it is.

Terrence Real suggests that when we get jammed up and triggered in an argument or fight with our partner we are no longer engaging with the whole of them. A lot of our energy is caught up in the worst aspects of our past. In Valerie’s case it was the fear that if John was just like her dad, then she would, by association, end up just like her mum. Unsurprisingly she then spent a lot of time trying to make sure that didn’t happen. This, to the untrained ear at least, would make her sound like a hyper-critical perfectionist.

It’s important to realise that in the midst of one of these fights, where all you’re really doing is shadow boxing with your past, both of you are scared that your partner really is everything you feared could be true. So the quickest way out of trouble in one of these situations is to offer reassurance. The more specific this reassurance is the better. Let me teach you how to work it out.

In a paragraph or less each of you states who and what the other becomes in their mind’s eye when the other is at their worst. Keep in mind that it doesn’t matter if it’s true or not or if it makes sense or not. That isn’t up for discussion. What’s important is that this is your partner’s experience of you. It may seem totally insane to either one of you but just put that aside, as Terrence Real says, ‘no one is crazy to themselves!’

Now, you each draw up a list of things that confirm your worst fears of your partner. So let’s say your CNI of your partner is that he’s a commitment phobe, just like the guy that left your mum. Things like him threatening to leave the relationship when you have a serious argument are really the equivalent of lighting the blue touch paper on your emotional rocket. In this way it’s possible to illustrate what and why things appear to drive you insane in a way that most people are willing to understand. Remember your CNI is not an accurate portrayal of your lover, it’s just who they become for you when you’ve been ‘triggered’.

The next piece of the solution to the puzzle is to draw up a list of CNI reducing, or dismantling, behaviours. So John threatening to leave every time they argue is part of how Valerie feels bullied by him, and now he knows it. As soon as Valerie starts to feel him begin to do this, even if he’s convinced he’s not doing it, she has every right to ask him to stop what she imagines he’s doing. After a bit of marriage therapy John now understands that the smartest thing he can do is reassure his partner and say something like; ‘Valerie, I know you’re scared I’m going to leave you but I’m committed to staying and working this out even though it’s hard right now.’

I’m aware that reads a little clunky but in real life it made all the difference in the world. John and Valerie now have a specific way of navigating around their particular horrors and it’s cut their arguing hugely.

Marriage therapy for yourself.

Even if you can’t get your partner to show up for marriage therapy you can still do this work. You’ve probably heard often enough what your partner fears to be true about you. If you want to make him or her happy then just do the opposite of what they fear. Trust me they’ll love you for it. See my tips below for more specifics. Terrence Real explains that someone’s CNI of you is their waking nightmare and it’s very real for them. It’s a dance that goes on between the two of you as your CNI inflames their CNI and the whole thing just goes off like a rocket in your love life.

It’s not about whether it’s right or wrong, it’s about developing understanding and compassion. As a result of understanding Valerie’s CNI, John changed his behaviour overnight. He was careful never to threaten ending the relationship again and, whenever possible, tried not to raise his voice at her in anger. I see working out your CNIs  as a compassionate act that pays off in ways you can’t even begin to imagine yet.

I say this time and time again. It’s unlikely that you two getting together was a mistake. If you’re seriously wondering ‘Should I Stay Or Should I Go’ then why not take a look at the fr** quiz. It’s also very interesting to take a look at past relationships because you’ll see where you went wrong. It’s one of the better uses of 5 minutes surfing the net.

Bonus Tips: Things you need to know to expect.

If you and your partner are going to do this together be prepared that it may appear to go horribly wrong. Rarely do people like being told what we are perceived to be at our worst. ‘Why the f**k are you with me then?’ is not an unlikely emotional response. Just be ready to call a time out and come back to it later should either one of you appear to be taking it overly personally.

When thinking about your CNI of your partner try to understand that it’s not the full picture of them. When you’re triggered you are no longer thinking clearly and shouldn’t go making any major decisions or threats to the relationship.

Within marriage therapy I get couples to make a commitment to stop triggering each other’s CNI’s. An escalator has an emergency stop. In fact everything that could potentially do you serious damage if it gets out of control has an emergency stop. Build one of these into your relationship so you can stop the escalation of conflict between the two of you. ‘You’re triggering my CNI.’ is simple enough.

If you and your partner are aware of each other’s CNI and continue to act in ways that feel destructive then get marriage therapy now, before you argue your relationship to pieces. Most couples wait six years before getting help and most divorces happen within seven years. The reality is that at some point it will become intolerable and you’ll end up dragging your partner in on threat of leaving for good. Life is too short.

Buy Terrence Real’s ‘The New Rules of Marriage’. The training I did with him was the best investment I ever made and inspired the article above.

If you’re just badly stuck please get in touch, time is not on your side.