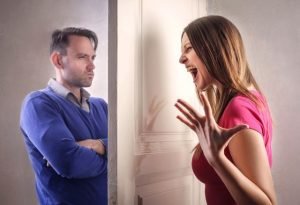 As with most of the couples I see looking for marriage help, one of the primary areas that Diana and Steve were struggling with was their understanding of how to apply healthy boundaries. I’m about to give you a lesson that has the potential to totally revolutionise the way you approach life and how you feel about it. You might not need marriage help right now, but I can assure you that this article will simplify your life.

Pia Mellody, in a book called ‘The Intimacy Factor’, has a great metaphor for boundaries that my clients have found fertile. Imagine you have a garden at the back of your home. (Hey, in Sydney that’s not something you can take for granted!) Ideally there is something that marks out where your space ends and your neighbours’ begins. Let’s say your three choices are a six foot brick wall, nothing at all or a hedge that stands about waist height.

If you’ve got a wall that’s six feet tall then you’ve got lots of protection from your neighbour but very little potential for connection. Let’s face it, you can’t even talk over it let alone see each other. This was pretty much how Steve behaved and Diana would often talk about him putting up walls and blanking her, especially when she was upset at something he’d done. Whilst Steve may appear to be getting the better deal of the two of them by walking away, the truth is that he wasn’t getting any intimacy either.

If you have no boundary at all then you’ve got the possibility for lots of connection but no protection. If anything goes wrong between you and your neighbour then things could get very messy as no one has any real idea about where the lines should be drawn. Diana had very little of what could be termed a ‘protective boundary’ and as a result tended to take everything very personally and was easily upset. This kind of behaviour is often referred to as being over-sensitive. As much as I personally try to hold my sensitivity up as a quality to aspire to, it does have its limits.

The problem with bad marriage help

What is especially interesting, is that despite appearances both Steve and Diana were struggling with maintaining a protective boundary. All the door slamming and walking away on Steve’s part was due to a fear of being overwhelmed by what he saw as ‘the endless criticisms’ Diana was making of him.

It would be easy to think that if Steve could just bring his walls down everything would be better, but it’s just not true. You may also be thinking that if Diana could stop being so needy then Steve might stop building walls. That would also be a mistake. Given we always get with our emotional equals it’s a fair assumption that both of them have work to do in this area.

Try this for immediate relief

In order to build your own psychological fence here’s an exercise you can do which will allow you to create a healthy protective boundary that you can use.

You need to think of a time when you were relaxed, happy and aware of your strength and inherent lovability. Bring that time to mind and think about the kind of things you said to yourself back there and feel how your body felt back then.

Is there anywhere in your body that feeling appears to reside in? If there is, you could place your hand there to emphasise it a little more, maybe even turn up your inner volume switch to increase that feeling. Now you know what you’re doing, do it again with your eyes shut; let yourself feel great, and really relax into it. You’re looking for a feeling of being ‘centred’ or ‘grounded’, take your time to find that feeling.

Once you have a connection to that feeling imagine what it would be like if a giant jam jar came down to enclose you and keep that feeling inside you. (If you are one of the ‘way too literal’ types you can include air holes in the roof of your jar.) You now have an extra skin, an extra layer of protection. But you should know that in that layer of glass is a little door that you can open should you need to let anything in that might be useful from the outside world. Or you can view it like a mosquito net, good things come in but bad things are locked out.

Build yourself a bullsh*t shield!

How it works is this – if someone says something about you, take a moment before you decide whether to let it in or not. The question you ask yourself is, ‘Is this true for me?’ If something is true you can decide to open that door and let it in but you do it as a conscious action. If it’s not true then it just hits that outer shield and slides to the floor. I like to pretend I hear a thudding sound as it crashed into what I refer to as my bullsh*t shield.

This is a muscle that needs to be built up over time, but you can do it. You just need to keep doing it until eventually it becomes automatic. A point to note is that you probably already do this at work with most people, it’s just the ones you care about that can get to you so easily. Practice having your version of a waist-high hedge, you’ll be protected and connected.

In Steve and Diana’s case what they noticed most immediately is that Steve could suddenly listen to Diana without going into meltdown and storming off, as in his words, ‘it didn’t seem so personal anymore’. As a result Diana felt she got heard more often, but what she found more empowering is that even if Steve stomped off on one of his bad days, that didn’t seem so personal either.

With both of them having a protective boundary they were able to maintain a much healthier perspective.  In Diana’s words, ‘Simply because Steve is feeling badly about me no longer means I feel compelled to feel bad about myself too’. Now that’s marriage help you can call marriage help.

I say this time and time again. It’s unlikely that you two getting together was a mistake. If you’re seriously wondering ‘Should I Stay Or Should I Go’ then why not take a look at the fr** quiz. It’s also very interesting to take a look at past relationships because you’ll see where you went wrong. It’s one of the better uses of 5 minutes surfing the net.

Establishing healthy boundaries is a heroic effort, the experts talk about taking 3-5 years to really sort them out. Pia Melody’s book, The Intimacy Factor, discusses boundaries at great length as does Terrence Real in The New Rules of Marriage.

One of my coaches once taught me that it’s useful to pretend you have one of your hands out in front of you, fingers facing up, like you’re saying ‘STOP!’  Every comment anyone makes about you is forced to stop and you evaluate whether to let it in or just slide to the floor in front of you.

If you pay attention you’ll begin to notice the outrageous amount of boundary violations that go on in the world. For now try to catch when people are using really good protective boundaries, there’s a few of them out there. ‘House’ is one of my favourite shows for observing this kind of stuff. In case you wonder, he’s massively walled off. Let me know if you can think of any other examples.