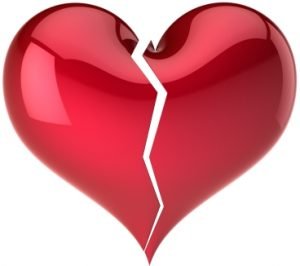 One of my colleagues, I’m going to call him Derek here, is a heart surgeon and he told me a story I think you may need to hear. You see, as far as I’m concerned marriage coaching is very similar to open heart surgery. Marriage therapy may not be quite as life threatening but if you get yourself a sub standard marriage therapist you can certainly kill your relationship. Let me show you how to avoid that.

Derek had been called into an emergency surgery and we’d had to reschedule a meeting. When I asked him how it went he said it was a really sad story. A young man had come into their ER and collapsed on the floor. Turns out he was an intravenous drug user and he’d been ignoring some serious symptoms of ill health for a couple of weeks. They scanned the guy and found out that he had a congenital heart defect but that wasn’t the full story. Due to his drug use he’d managed to inject bacteria into his blood stream, the defect in his heart valve acted as a magnet to the bacteria and it turned into an infection. Do you ever feel like something may be attacking the heart of your marriage?

I was struck by how similar the story was to my work with Couples. I’m trained in an incredibly effective marriage counselling model by Terrence Real that works on an intensive basis. A couple comes to me for half a day and we get to work figuring out what’s going wrong, it’s a lot like surgery. Many couples come into my office with what could be seen as congenital defects when it comes to being relational and often they’ve already done significant damage to the their marriage.

Leaving it too late can be fatal.

This is where it gets really sad. In theatre Derek got to work trying to remove the infected tissue, it was very advanced and a lot of the patient’s heart had turned to mush. Derek said ‘my initial task is always to remove the infected tissue, only once I’ve done that can I access whether the heart is still viable’. In this case it wasn’t so Derek ended up in a position where he’s looking into this guy’s chest and he knew there was no way he can get that heart started again. I think we’ve all seen enough ER and Gray’s to know that’s a serious problem. Knowing there is nothing he or anyone else can do is the saddest thing that Derek ever has to deal with and we spent quite a bit of time talking about it.

I have had the same sad experience. Sometimes when I strip away all the bad stuff there isn’t enough left to hold the couple together. There are times when they’ve simply argued their relationship to pieces and there is no way left to reconnect them. It’s all too little too late.

What are you waiting for?

You see the problem is most couples will wait six years before getting marriage counselling with a majority of divorces happening after seven years. By the time a couple admits they need marriage counselling it’s often too late. Reading this page will allow you to figure out if you need help and potentially get your relationship back on track. I’m sure we’d both rather it didn’t die on the table due to neglect!

I know you’re probably having a tough time right now. Read this and I’ll give you a few pointers about what you could be doing differently. I know you started your relationship with great excitement. At some point your partner was the love of your life and you were looking forward to building a fabulous future together. I know that’s where it started because that’s how it always starts. I also know that relationships will always hit problems, it’s entirely normal. It’s as predictable as getting sick every once in awhile.

So here are the best clues that you’ve got infected tissue in the heart of your relationship. Relationship expert Terry Real sights these as the top five predictors that you’re in need of marriage counselling.

I know you’re here looking for answers so let me give you some web based marriage coaching. Those five things above, STOP doing them. Remember what I said about ‘Kindness is King?’ These five crimes are the polar opposite of kindness and they are killing your love for each other. No one enjoys being controlled, no one enjoys being told they are wrong. There isn’t a person alive who thrives on being verbally abused either quietly or at full volume. And stop trying to get even, you’re on the same team, even if you win you both lose. Most importantly stop throwing up a wall of silence when you really need to talk.

Sometimes it really is as simple as just doing something differently to shake up the dynamic and other times you’ve tried everything and it appears nothing works. Well at this point let me give you a warning about marriage counselling.

The really scary thing is when you get a marriage counsellor that assumes they know what they’re doing because they trained as a personal therapist. Without getting overly into it, let me just say that what passes for marriage counselling sometimes horrifies me. Be careful who you let into the heart of your marriage, there are real implications to getting it wrong.

When you start having marriage problems marriage counselling is everywhere! Everyone has an opinion and I’m sure you’ve been told that the key to a happy marriage is at least one of the following:

Has anyone ever said any of those things to you? The thing is, all those things are just opinions, it’s made worse by the fact that a lot of marriage counselling is based on those same opinions. But when you look at the research, and John Gottman who wrote ’10 Lessons to Transform your Marriage’ did thousands of hours of it, none of those approaches actually pay off without a much deeper understanding of what is actually going on. It’s actually got surprisingly little to do with ‘communication’ skills and everything to do with understanding the dynamic between the two of you.

It’s my observation that a lot of what passes for marriage counselling isn’t all that good for the relationship. This is why I travelled backwards and forwards to the States for a couple of years. I wanted to master a model that makes a difference.

If you’d like to know why this style of marriage counselling has a much better chance of saving your marriage you can watch an interview I did with Terry here.  I know you probably don’t know who Terrence Real is because he is not marketed over here, just take my word for it. In the U.S. he’s got genius status. You can find the video half way down this page, it’s pretty obvious, I’m sat on the couch and the other guy is Terrence Real. In the video he outlines the 3 major points that make RLT (Relational Life Therapy) therapists different from other forms of marriage counselling.

If you’re going to let someone tinker around with the heart of your marriage then make really sure you’ve got someone with the skills to understand what it takes to make it work. A quick clue is that as soon as anyone mentions communication skills or conflict management you should be running for the hills. Take a look at this page and I’ll tell you why.