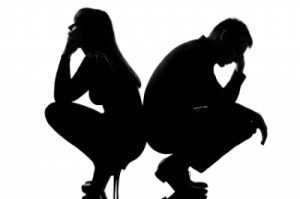 If you need marriage help that we could actually refer to as marriage help then I’d be very careful about who you choose to work with. Why? Because, according to John Gottman, at a conservative estimate 50% of all marriages fail, I say conservative because lots of couples continue to live in a relationship that just don’t work, I’d call that a failure, wouldn’t you? This has been true for the last 55 years. People have been getting marriage help from counsellors and therapist specialising in this area for the last 40 years and shockingly, there has been no movement in that 50% failure rate. In the same way that we can now safely say that dieting will make you fat, traditional marriage help with your problems just isn’t going to fix it.

A bad marriage will kill you

This is terrible news for you as research suggests that in an unhappy marriage you’re 35% more likely to get sick. There is also the chance that it may shorten your life by up to 6 years, particularly if you’re female. Your bad marriage is literally killing you. If that’s not bad enough then consider that in relationships needing marriage help due to marital hostility the kids end up with chronically elevated levels of stress hormones, this is true of children living through a messy divorce too. If you need help then make sure it’s really going to make a difference.

According to John Gottman who researched relationship health in what he referred to as ‘The Love Labs’ there comes a point where it’s obvious the couple are in trouble. Gottman is really worth listening to as he’s the only therapist to have carried out in depth research into what’s really going on when love breaks down. He says that couples in crisis had reached a point where it was nearly impossible to communicate about or repair problems. A couple that is in trouble is living with the expectation that they’re going to get stuck in combat every time something needs to be discussed and as a result their marriage has become tortuous. Do you ever feel that way? Have you ever?

John Gottman states that there are six indications that signal a couple really need marriage help.

If any of the above are true for you then I’d suggest that you get marriage help in the very near future. If for no other reason than the fact it’s such a miserable way to live. Most couples wait around six years to get help with their marriage and by then it’s often too late. I mean you wouldn’t wait that long to get assistance if the oil warning light came on in your car would you? Your marriage is a much bigger investment and you deserve the best service available.

As a quick tip that you could put into place right now is that I’d encourage you to begin to think about rebuilding the sense of being best friends again. When you first got together with your partner I’m pretty sure you felt very differently about them. For whatever period this person was the love of your life and you had big dreams about where you would go together. Maybe this person was what you considered to be your ‘soul mate’ but lately they feel more like your cell mate. I know that you’re probably very sad and in a great deal of pain that it’s come to this and I want you to know it can be fixed so long as both of you are willing to do a little work. Just don’t let anyone tell you it’s about learning how to communicate better and resolve conflicts more effectively, that’s very hard work and if you look at the research it just doesn’t work.

As a starting point start to think about your partner and deliberately focus on building a sense of fondness and admiration. If you can do that, then most things can be worked out because there’s a lot more positive feeling in the room. Deliberately begin to think about the things you love about your partner or that you used to love about him or her. I know this sounds a little too simple to be true but it makes a huge difference. We are all very sensitive to criticism and contempt. Fondness and admiration is the best antidote you’ll find.

What you really need

If you find you just can’t get out of your negative spiral then work hard to find someone who can provide marriage help. In my experience anyone following John Gottman or Terry Real’s model is going to be doing work that makes a difference. If your enquiry leads to someone talking about communication skills or conflict management then run for the hills. You’d be better off paying for a trip to Disneyland together as at least you’d be building some new memories to feel fondly about.

Good luck and please get marriage help now if you need it, don’t wait, it will only get worse due to neglect. Let me know how you could begin to focus in on your fondness and admiration for your partner in the comments below. What are you grateful for in your relationship? Are you aware of any of those 6 warning signs being true for you right now?